Things to do in Austin - Part 2

Flyboard with Aquafly at Lake Travis


Ok....this is by far the most awesome, amazing and fantabulous water sports i have ever come across. We regularly check groupon and are always for a lookout for good deals. That is when hubby stumbled upon this one of a kind water sports. The moment he saw the pictures he knew he had to do it. Thats how we discovered this super cool water sport in the heart of Austin, Texas.

A little something about flyboarding.
This sport was invented by a french person named Franky Zapata in the year 2011 and was introduced in US only in 2012. A flyboard is a device that looks like a pair of huge boots. It is basically attached to a water scooter which provides the propulsion to the flyboard to rise above the water and fly. The board has a water hose which is attached  to the water scooter. The water is basically forced under pressure through the hose to the boots which allows the rider to soar high (as high as 15 ft) above the water.
Although a fairly new sport, flyboarding is slowly becoming one of the most sought-out and coolest water sports in the world. 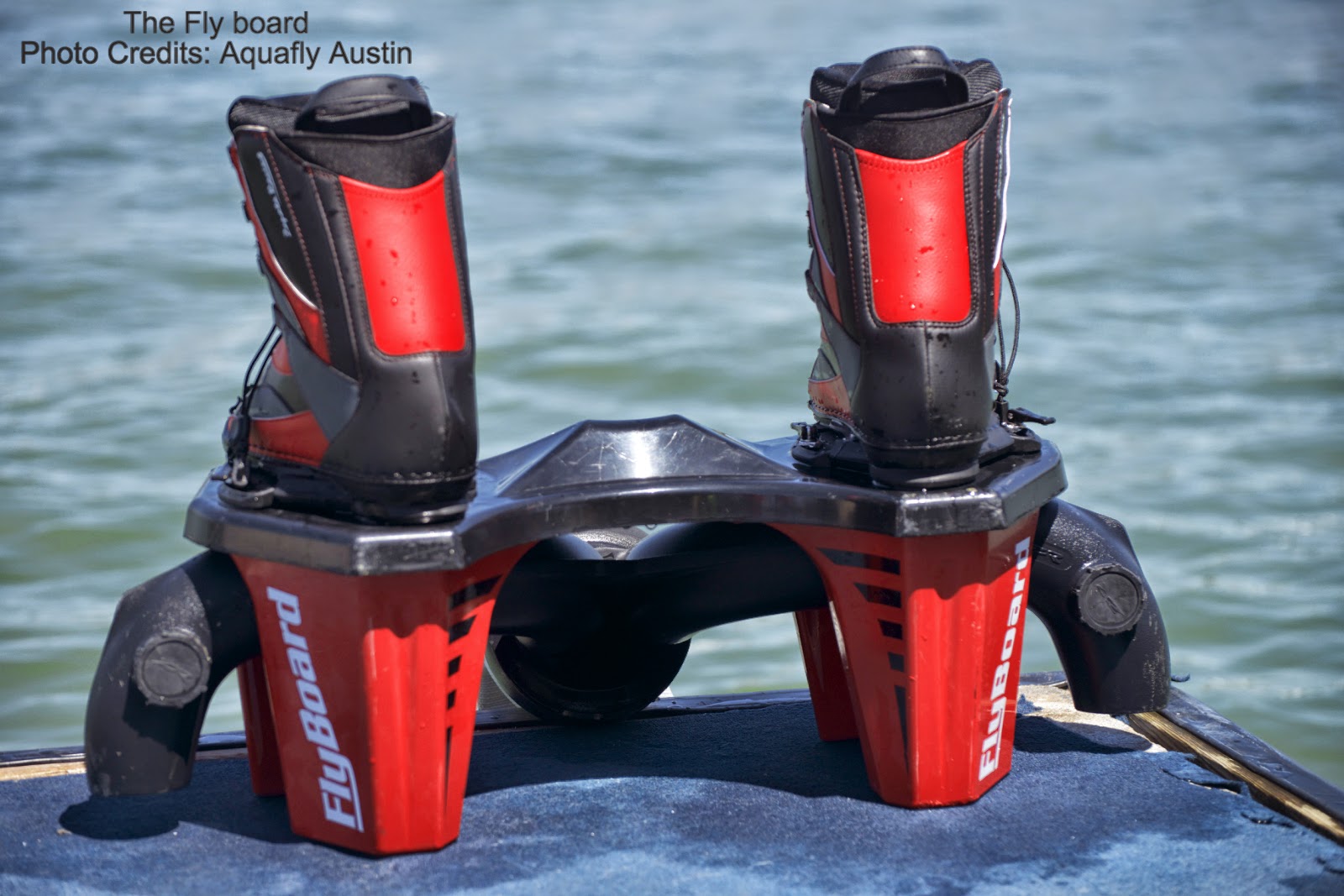 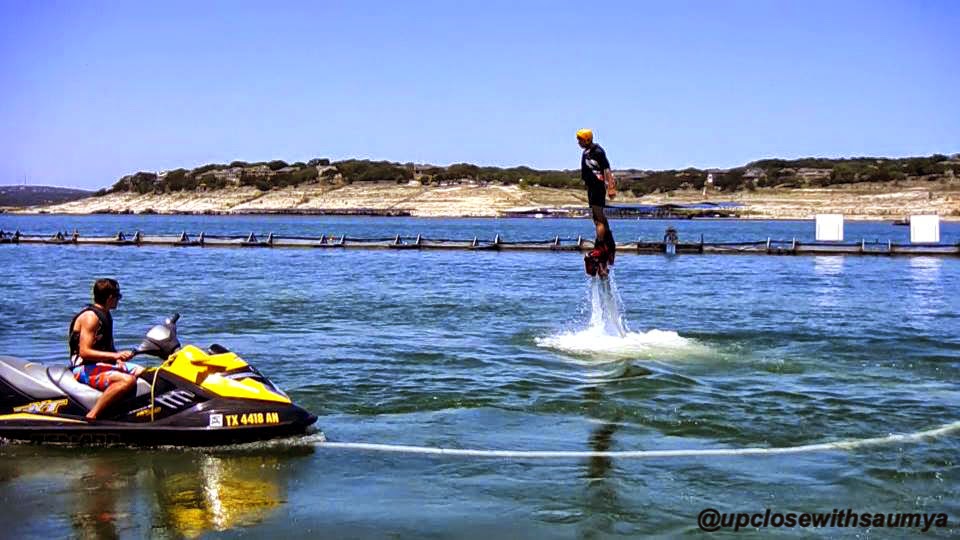 It looks quite easy but it is definitely not. Its all about balancing and keeping your legs straight as if you are standing. I am no expert but that is what i learnt after hearing their instructions and watching the sport in action (Yea i only watched.....might try it myself next time). Hubby just couldn't get out of the water for the first 15mins (you can see him in action in the video below, video shot by me and edited by hubby). And then in the second round he got the hang of it and managed to fly....it wasn't very high.....but whatever he could manage, it was pure fun for him. We would be definitely going here again.

The folks at aquafly were super friendly, gave us all the instructions and also made us watch a video of flyboarding before the actual action. Instructors were also very good, giving repeated instructions whenever necessary and encouraging all the time. We opted for a photo package and were quite happy with the photos that we received by the end of the day. Sharing with you some of the snaps clicked by them. 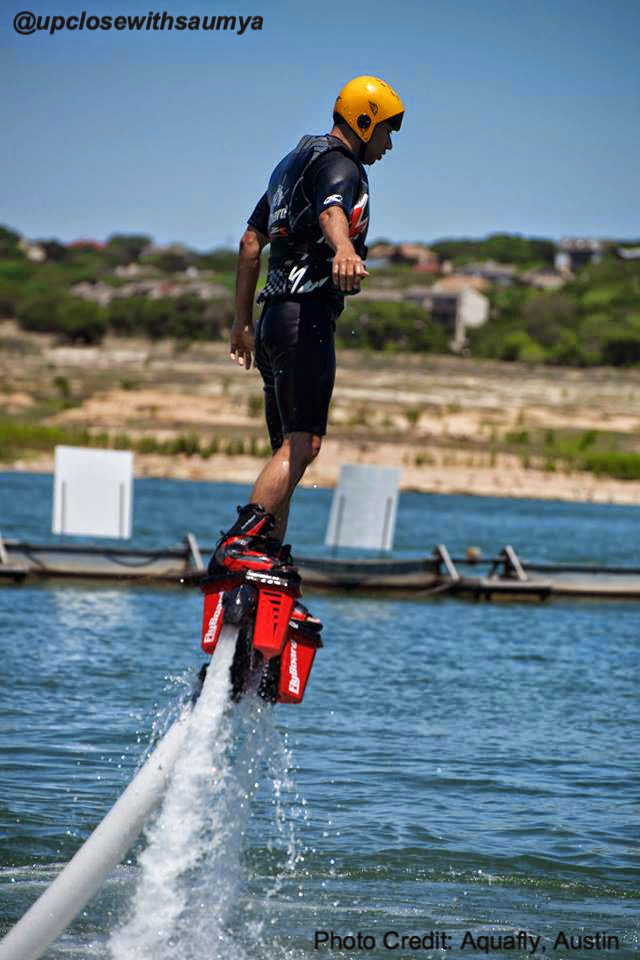 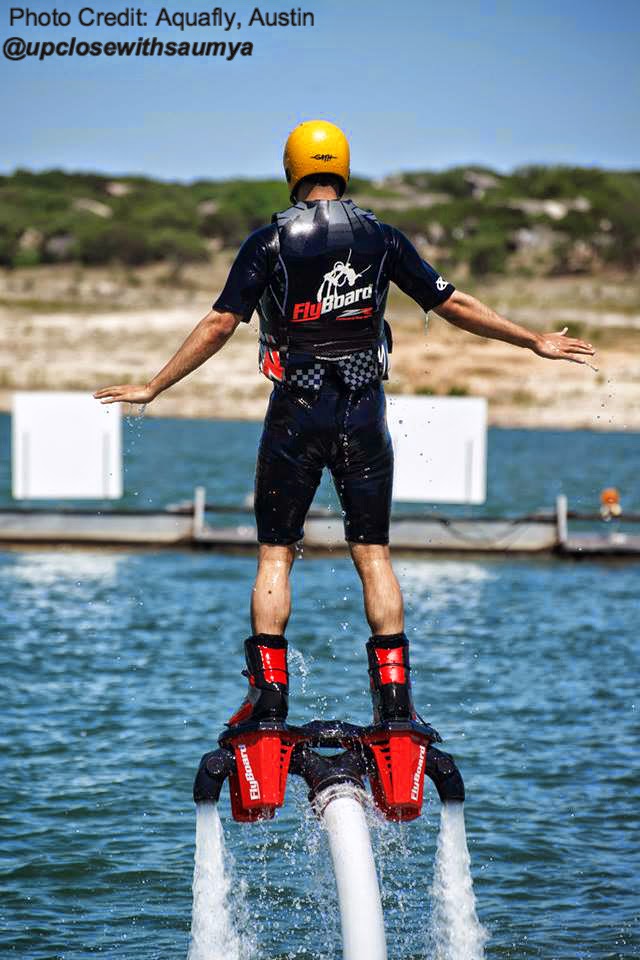 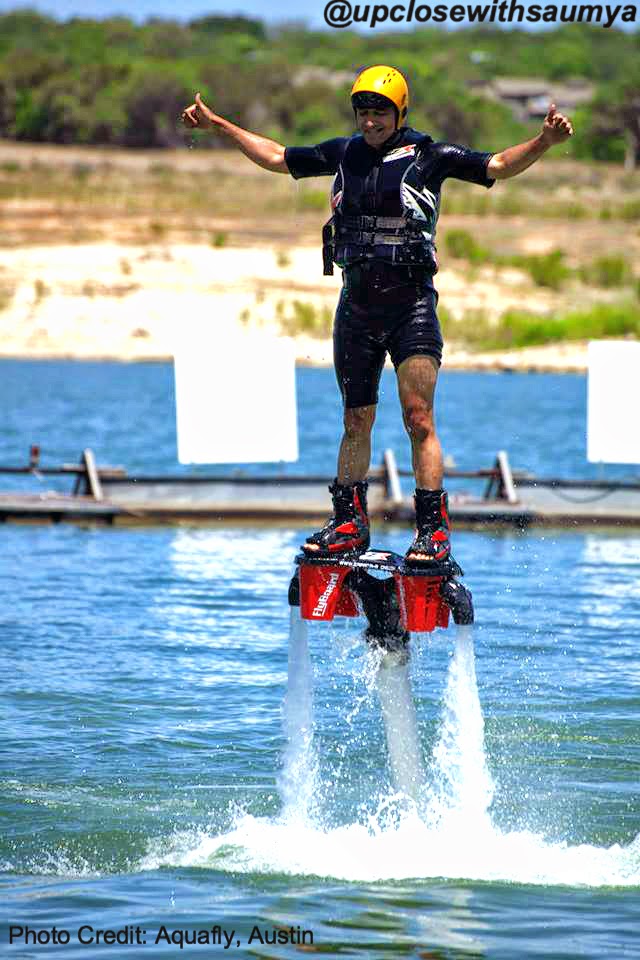 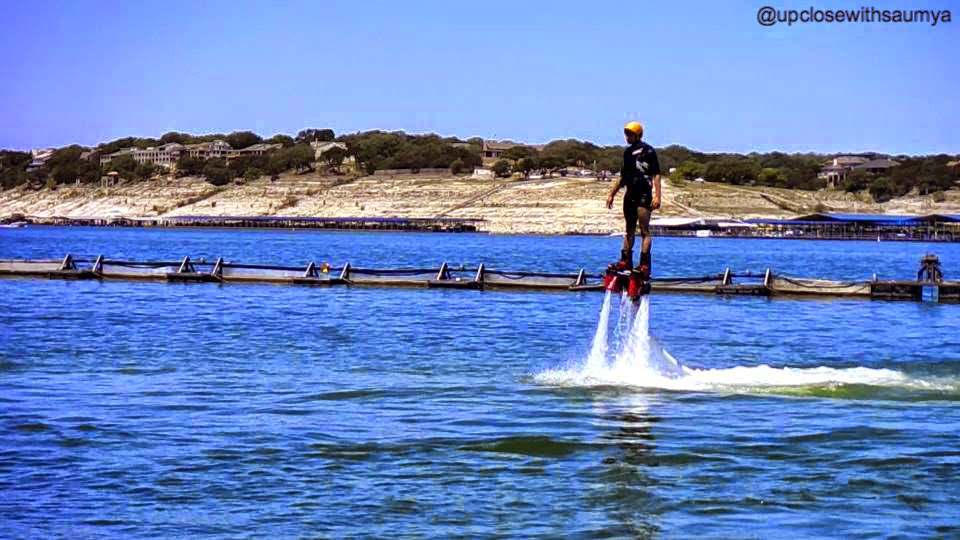 So what are you waiting for????....If you are in Austin, then this is definitely an awesome adventurous water sport which is a must try especially during summers.