This is what happens when hubby takes over the kitchen. 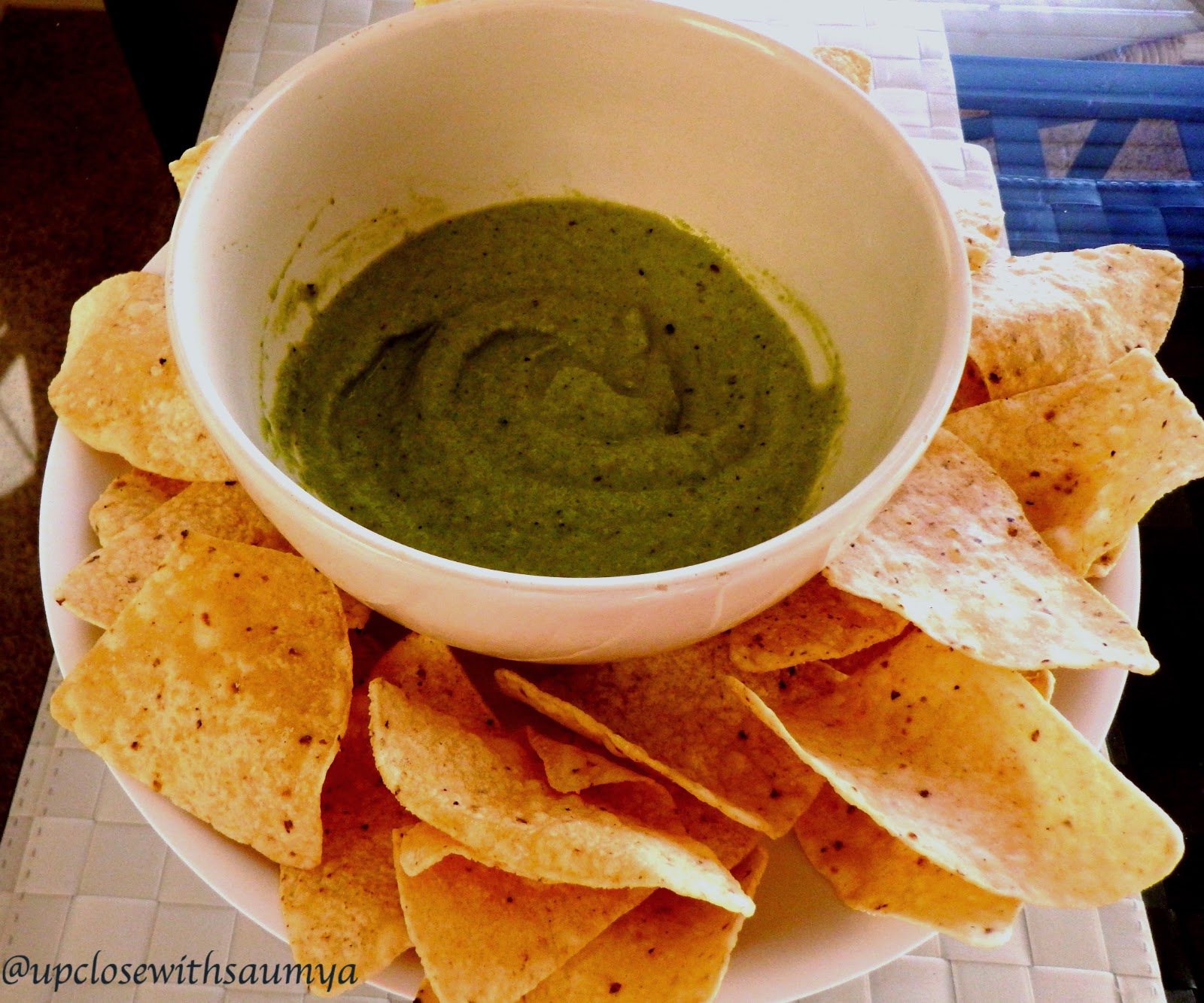 So hubby dearest likes to have lunch at his office once in a week (thursdays), rest all the days i give him tiffin. So one on such thursday he comes home and as always i ask him how his lunch was. He said he loved it and goes gaga over the sauce that he had at lunch along with the tacos. And the next thing i know he was going through the refrigerator to check if we had all the ingredients that was required to make the sauce. The tacos came from.. where else but Austin's well known Taco Deli.

Taco Deli in Austin serves the most delicious tacos around. Along with the tacos you also get around 2 -3 free sauces. Among these sauce you will find a green sauce also known as Doña sauce (named after the women who invented it) or the Jalapeño sauce or the green sauce. This is precisely the sauce my hubby loved (or should i say almost everyone in Austin loves). The recipe for Doña sauce is closely guarded secret. Many have tried to recreate the sauce. So after a thorough research (online ofcourse) below is the recipe hubby followed which i would say tastes somewhat close to the Doña sauce:

1) Roast the jalapeños and garlic on a skillet. Remove the garlic once they are done and peel off the skin. Keep roasting the jalapeños until they are nicely charred and soft.

3) Add the deseeded jalapeños, peeled garlic and salt in a blender. Blend it. Add about a tablespoon of olive and blend until smooth. Doña sauce is done and ready to be served.

4) Serve with nachos, with tacos or use as a sandwich spread.

Note: You can reduce the amount of jalapeño as needed and also the garlic if you don't like the sauce to be garlicky. This sauce tends to be hot and spicy so adjust accordingly.