Confessions of a dusky girl

As I have mentioned before in my very first post I am not much of a writer, a poet or a philosopher. Today I am just going to confess/share or should I say "rant" about certain things that i have locked up in my heart since a very long time.

So where do I start???Hmmm... Well you should get a hint from the title of
my post. 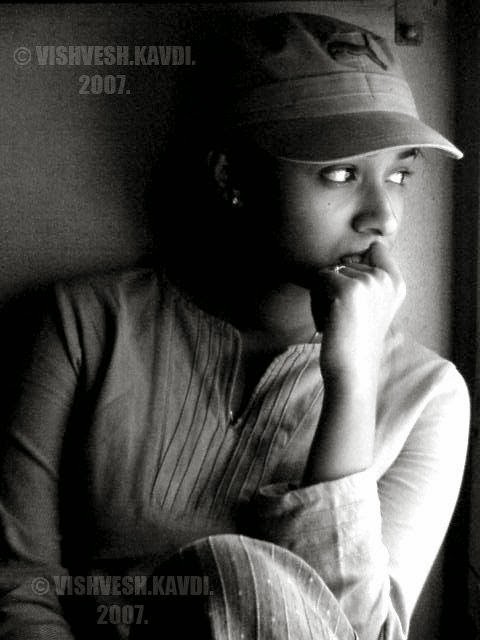 For all those who are unfamiliar with the term "dusky" it means someone who is not very fair in color neither too dark.

Yes people I am not fair. My skin color is somewhere between wheatish to dark. So have you started judging me already? Does that matter? Does it make me less of a person?

Till date I am unable to understand Indian people's obsession with being fair skinned. I am not quite sure about this, but does the idiot box still run advertisements on fairness creams? Even movie stars like Priyanka Chopra who no doubt is a beautiful lady but also has a beautiful dusky skin, has endorsed fairness products. Today's youth look up to the movie stars as their idols. What message are they passing on to the next generation? That you are a loser if you are not fair? Oh and how can I forget, as per these super racist ads....they portray that the girl uses fairness cream in a matter of few weeks becomes fair and she gets the job, girl uses fairness cream gets the boy, girl uses fairness cream she becomes a model, so on and so forth. So basically the media is giving out a message that only fair skinned people are successful in life.

Seriously???? Is this the message you want to convey to the youth and the children? These stupid fairness creams ads should be banned and movie stars should refuse to endorse such products. I still don't understand why and how people fall for these nonsense. I mean c'mon people, be realistic, if you are wheatish, dusky or dark its in your genes. Nothing is going to change that. Why don't you invest your time and energy on being a better person instead, rather than falling for such gimmicks?

We all make a big deal when an indian is confronted with some racist remark in a foreign land. We tweet, we share it on facebook and make a hullabaloo on all possible social networks. But have you ever given a thought to the fact that when we distinguish our own people based on color we are being racist ourselves? Think about it.

So you must be wondering why do I have this sudden urge to rant on this topic? Now that i have started blogging, i feel that i have a platform where i can openly share my feelings and i am sure there must be a lot of people who might relate to what i have gone through as a teenager.

We all cherish our memories of childhood and school life. School life is always considered as the most memorable phase of our lives. It was memorable for me as well in some ways. But not entirely. I was bullied a lot in school for being fat and dark skinned. There were times when i just wanted to stay home and avoid going to school altogether. My school was just a stone throw away from our home. I still remember those days when i just wanted the school to get over, run home, close the bedroom door and cry my heart out.

School was done eventually (but the scars remained) and then started the exciting journey of junior college. But the drama of my life was not over yet. I got admitted to a college which predominantly had maharashtrian students (I am not saying that all maharashtrians are bad people coz as on today all of my besties are maharshtrians). Being a south indian i was royally ignored by almost everyone. There were 3-4 good females with whom i made friends and used to hang out regularly. But thats it. The rest of the snobby bunch of students used to call me names which i chose to ignore.

The junior college days were ok no fun at all but instead my coaching class was a place where i enjoyed the most.

Then came a day which i never thought would be etched in my memory forever. It was (if i remember correctly) traditional day in our college. All the girls were supposed to wear sari and boys in formal attire with tie or kurta/pyjama. We had few fun activities one of which was fish pond. Back in those days the game fish pond was quite famous. In this game every student gets to write something funny (like a poem or some phrase) about other students on a piece of paper but by being anonymous. No names to be mentioned except the name of the person for whom the message was written. Then all the folded papers were collected and put in a bowl. A girl volunteered to read out all of them.

Some of them were funny, some were ok. Then came my turn, so there i was eager to hear what was written for me. It was in marathi which went something like this "savtahla samjhte beauty queen, savtahla samjhte beauty queen, pan ahe tu faqt stove chi kaali pin"....i will translate that for you...it goes "she considers herself a beauty queen, she considers herself a beauty queen, but she is just a dirty black pin of a stove" (the kerosene stove which people use in india). I know doesn't rhyme in english but it does in marathi.....Anyhow does this sound funny by any means? I know it was a stupid silly game where everyone was supposed to have fun and laugh about it later. But seriously, was this funny? No. That was outright racist. How can i even laugh about it?  I choked when i heard the girl read it out loud in front of the entire class. But no i did not cry. I could have confronted and addressed all the students but i chose not to. May be i was scared, i felt so humiliated that i just didn't want to see anybody's face. Or maybe i should have done something about it. Because i still hold grudge for the person who wrote it. Maybe i wouldn't be so bitter about it even today because i still wonder what could have made someone write such a thing. Nobody spoke to me. I never said anything bad about anyone, never called names and never bullied anyone. I just went to college everyday and minding my own business. I had no other option. But in-spite of being practically invisible this happened.

My message to whoever wrote the so called funny fish pond, if you are somewhere out there reading this please understand that commenting and making fun of someone's color, body or size is not funny. You didn't even take the initiative to know me or understand me, so you have no right to judge me. Just because your skin color is white doesn't make you a better person. You should feel ashamed and sorry for it.

The good thing is the better phase of my life started for me post my junior college. I was in a 2 different colleges, made awesome friends (which also includes my hubs) and even more awesome memories. Post graduation was the best thing that ever happened to me. I met some amazing friends who love me for who i am and whom i know i can trust with my life. I am an ambivert, don't make friends very easily, so people start judging me as being rude and full of myself. But i have changed, learned and changed for good. Not only friends, but my family were always by my side. I think i am a better person now. The scars have healed.

If you are someone who has gone through the same ordeal, don't fall down, rise up , stand up for yourself and don't let yourself be bullied. Never underestimate yourself and be proud about who you are no matter what color, shape or size.

Oh yes... how i can forget one small incident that happened to me here in US. This was when me and hubs were in New Jersey. One evening we went to the nearby gym to enroll ourselves, while the girl was explaining about the facilities, classes and stuff, i politely interrupted and inquired whether they offer any massage services (i saw a room that looked like a massage room). To which she said they still haven't started but they do offer tanning services. Then she looked at me and said "ohh you dont need one, you already have a beautiful color". How ironic huh? The people here want brown/dark skin like us and we indians want fair porcelain skin like them.

All i want to convey is, we should not be judging someone solely based on their appearance. Being good looking and fair doesn't make someone a good person. What ultimately counts is how much of a human you are with human like emotions of love, empathy and compassion.

Appearances can be deceiving, the true beauty only reflects in one's soul.

Thanks for stopping by :)