Let me start by telling you my little story behind how i ended up making bread crumbs. 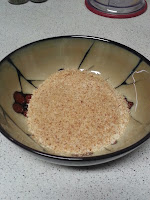 So few days back there was a halloween party at my hubby's office and most of his colleagues had agreed to bring some homemade goodies. So we both decided to bring in some homemade bread rolls/potato rolls (these are nothing but bread stuffed with potato filling). And since kids were also coming for the party for trick or treat i had to make something appealing to both kids as well as for grown ups, although grown ups ended up eating all of it while kids enjoyed gorging on what else but chocolates and candies :P.


Now back to bread crumbs. The recipe...well there is no recipe as such....it is pretty simple and one of the main ingredients is of course "the bread". In my case i used white bread almost close to 20-25 pieces. Now for making the rolls i had to trim the edges of the bread, stuff it with the potato filling and fry. So you can imagine how much of the trimmed edges i ended up with considering that i almost used 25 pieces of bread. After all the prepping, cooking and partying i came home to this massive amount of trimmed edges of bread (ok i don't know what else to call it. Does it have a name? Haa..never mind)  lying in my kitchen. What do i do? Should i just throw them away? I couldn't. I just didn't felt like throwing them away, that would be such a waste. And thats how i decided on making bread crumbs out of them.

What i did was i spread them on my baking sheet and toasted them in the oven at 350F for about 10-12mins until the bread was light brown in color and was little crispy when touched. The good thing about this is your kitchen will smell delicious of baked bread. 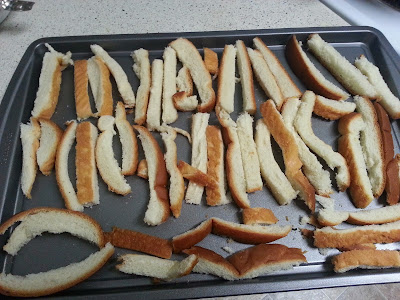 Once they are done throw them in you blender/mixer for half a minute or so. Thats it. Bread crumbs are done and ready to use.  As far as i know you can make these bread crumbs out of any kind of bread be it whole wheat, multigrain or any kind that is available in the grocery. And not only with the edges of the bread you can certainly make them out of the entire bread pieces. So think twice before you throw away those leftover bread pieces unless it is stale or too old. 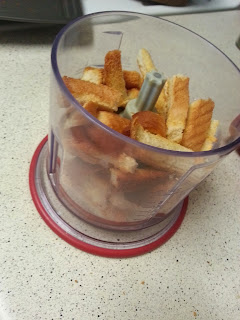 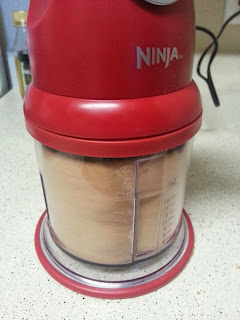 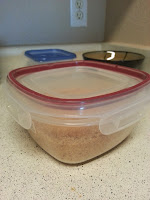 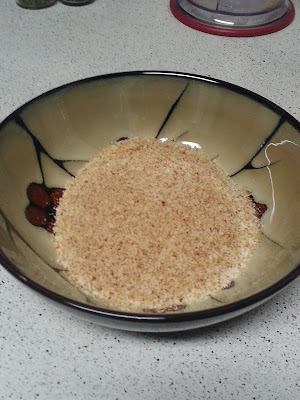 Store the bread crumbs in a nice air tight container for future use in making veg or non veg cutlets, patties, stuffing or anything thats needs a generous coating of lovely homemade bread crumbs. Well i ended up making some stuffed mushrooms and i used the bread crumbs in the stuffing. Which reminds me that i need to start with my next recipe on the blog for stuffed mushrooms. Till then keep reading my blogs, try out the recipes and let me know how they were. Happy cooking :) .